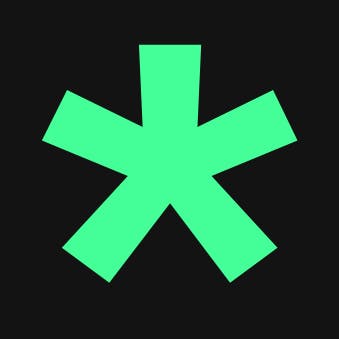 Can we predict the abilities of future AI? W44

Can we predict the abilities of future AI? W44

Watch this week's update on YouTube or listen to it on Spotify.

This week, we look at broken scaling laws, surgical fine-tuning, interpretability in the wild, and threat models of AI.

Today is November 4th and this is the ML & AI safety update!

A range of interesting papers have been making the rounds the previous weeks and we selected a few of the most interesting ones.

Scaling laws are important to infer how future AI systems will behave. Existing scaling laws are often fitted linearly or monotonically. Caballero, Krueger and others introduce “broken scaling laws” after critiquing how the normal scaling laws research that do not reflect empirical facts of model training. Their new scaling laws function can show “breaks” which correspond to the sudden non-monotonic shifts in ability we see from neural networks. Their function extrapolates significantly better than the other three function forms.

“When Drake and Yoojin went to the store, Yoojin gave a drink to…” A transformer can easily predict that the next word in this sentence is Drake but how does it do it? Redwood Research identifies a circuit of conceptual understanding in the Transformer heads.

We see that the neural heads have specific functions in understanding: Some identify duplicate words, some inhibit specific words, and the three late-stage classes of heads negatively and positively move the word “Drake” into the predicted position. This task is called indirect object identification and is clearly an interesting test case for circuits interpretability.

​The DeepMind safety team created a taxonomy of how the current risks look from artificial intelligence. Their consensus development model is scaled up version of our current models which they don’t think need much innovation to become artificial general intelligence, an AI that is better than humans at most relevant tasks.

The risks that arise from such a model are goal misgeneralization where the models fail to generalize their training to real world scenarios and power-seeking as a result of such misalignment. We don’t expect to catch this due to deception and the most important people in society won’t understand the risks. John Wentworth notes that this multi-stage story is not even necessary since current systems already train to deceive humans.

​Michael Cohen shows that existential catastrophe from AI is above 35%. He takes an optimistic perspective on success scenarios such as well-enforced laws that stop dangerous versions of AI, an entity stops it in some way, no one develops advanced AI, or advanced AI is developed in a safe way that violates a series of assumptions Cohen makes (which he doubts). These assumptions focus on the ability of the AI to make hypotheses, follow plans in uncertainty, and use these plans in a way that progresses some proxy reward.

Additionally, he does not put confidence in current AI safety research paradigms and even writes up an “anti review”, where he argues against each contemporary research agenda.

This week, we have a few very interesting opening available:

Additionally, you can check out some of the new features on AI Safety Ideas and join the interpretability hackathon from anywhere in the world next weekend.

This has been the ML & AI safety update, see you next week!
​